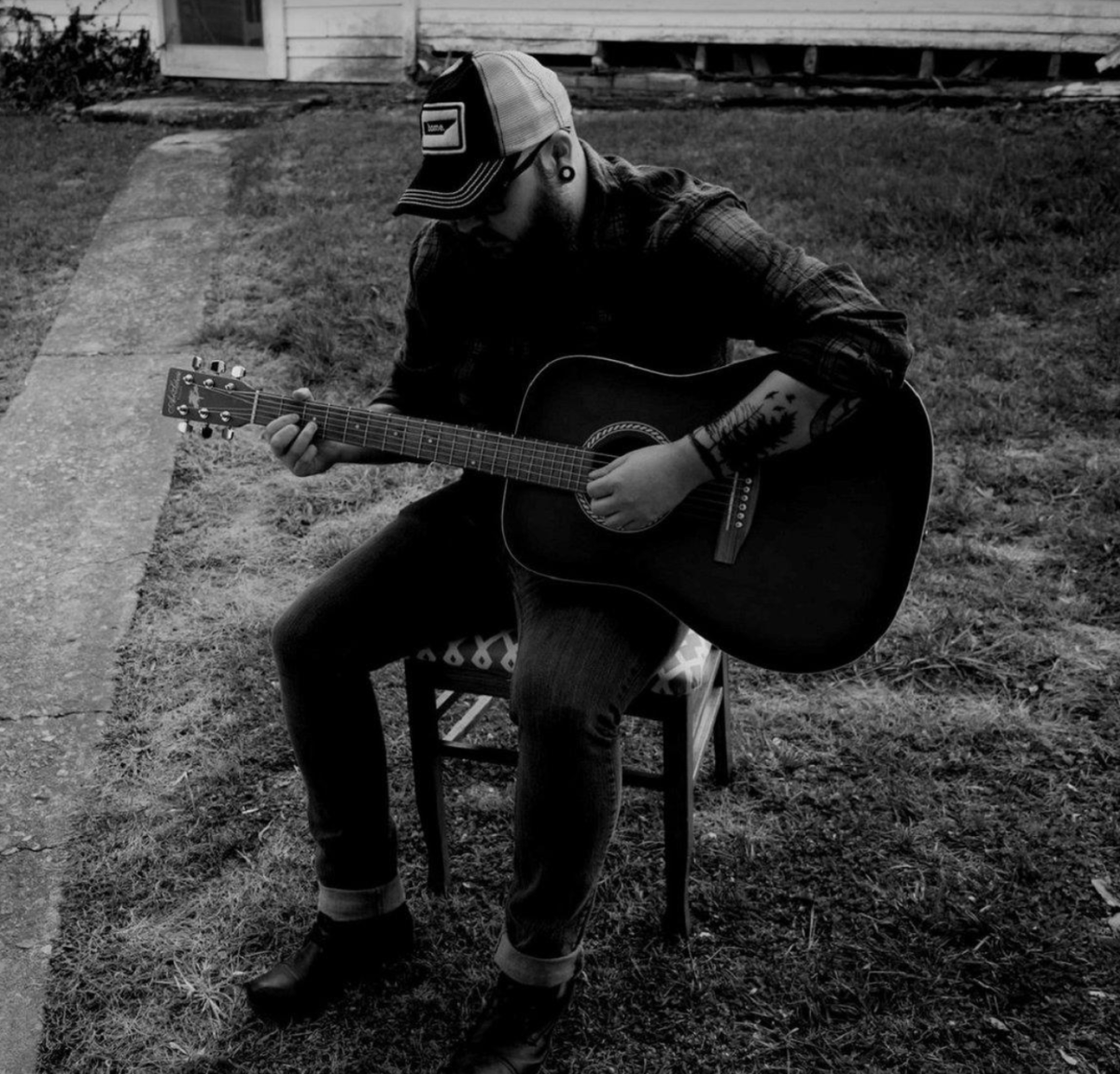 So many of the bands we have been touching base with through A Blaze Ansuz has been on the intersections of neofolk with a huge range of genres, drawing lines of traditional music through metal, industrial, chamber, music, ambient. Twilight Fauna was this perfect synthesis, drawing on the same redneck Appalachian twang that we know from Panopticon and bringing in traditional folk from the mountain as a starting point. And Paul Ravenwood, the original solo artist behind Twilight Fauna (it’s now a two-piece), has a story that is told through his music, generations of his family coming from that same mountain. And this is the fundamental core of the folk music, traditions handed down in rural areas as ways of knowing your own history, the type of storytelling that is more emotive than prose.

We first came in contact with Twilight Fauna in his collaboration with Evergreen Refuge, two artists I could not have conceived of in duet until I heard it. I was able to interview Paul Ravenwood about his decade working on the Twilight Fauna project, how the mountains speak through his work, the shifting role of tradition in his unique synthesis, and why we have to make our music scene a bulwark against fascism.

How did Twilight Fauna come together?

I started the band as a solo project almost 10 years ago as an outlet to some things I was going through. Josh Thieler of Slaves B.C. came on board as a full time drummer around 3 years ago, and we’ve been a 2 person operation since then.

How do you consider yourself musically? How do you define it?

That’s a tough one to answer. I think above else I just see myself as a songwriter. Folk music and metal is just how that comes out because those are the genres I’ve always gravitated toward. Twilight Fauna is definitely a mixture of all my interests. Folk, black metal, post rock, it’s all in there. I like that it’s so hard to point to one specific influence or genre and say we’re that. The interplay between all of our influences is really what creates our sound. There’s layers. I would never want to be in a strict genre band that follows all the rules because then you just end up being a copy of someone else. It’s kind of fun sometimes to hear metal people be into it until the banjos kick in and then get really confused. Or traditional folk people jamming out until the screaming parts kick in and then aren’t sure what to make of it. I definitely think there’s a section of people that get both and who appreciate what I’m doing. I’m extremely grateful for those people because they throw enough support my way that I can continue the journey.

What is your songwriting process like? What instruments do you use?

I usually start out on guitar or banjo depending on the song. In terms of songwriting process, it’s changed over time but after 10 years I have a pretty consistent process I like to follow. I’ll sketch out the bare bones version of the song and practice that for awhile. After a few months of practice, I’ll record rhythm tracks as a starting point. Then we’ll start building from there. At some point Josh will come in and do drums and usually vocals happen at the end. It’s a long process because I handle just about all the production as well. It’s usually a continuous cycle of record a bit, then mix, record more, then mix more for a couple of years until it gets to where we want it. 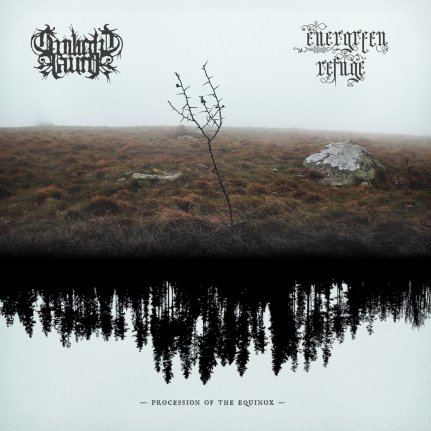 How did the collaboration with Evergreen Refuge come together?

Dylan and I have been friends for a long time. I’m not even sure how we met, I guess we just found each other when our music started taking off around the same time. So it’s something we’ve always talked about along with our friend Chase of Deafest. We ended up recording a couple records together as Arete, and Dylan and I put out a split record. At this point, the folks I’m comfortable working with are people I’ve known for years. Dylan and Chase really are brothers.

How does the story of Appalachia play into your work? Do you draw on the folk traditions of the area?

I’ve always thought the best music is something that connects you to a time and place. Growing up in the mountains here, you can’t help but be influenced by it. I wouldn’t be the person I am today without those experiences so I draw from the folk traditions because they’re such a huge part of who I am. My family has been in the mountains here for 160 years. These traditions are my traditions.

There’s also a huge history of activism here. We’ve been at the front lines of the labor movement going back to when they first started mining for coal all the way up to the teacher’s strikes that have been going on in West Virginia and the tree sits currently happening to stop the natural gas pipelines. People here have always had to stand up and fight for themselves. You can’t help but be moved by that. It’s inspiring to see people fight for their communities and their homes. 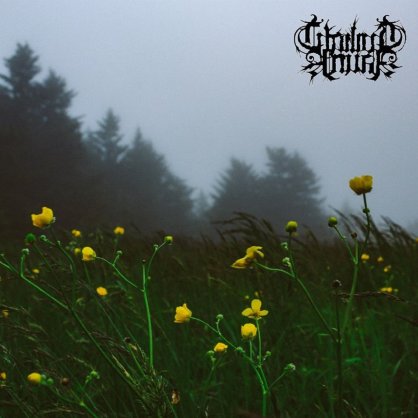 There seems to be a crossover between bluegrass, metal, and neofolk here. How does each tradition inform your music?

I’m pretty well rooted in bluegrass and metal traditions. Neofolk is something I came to really late. And to be honest, I still have a hard time understanding the more industrial style of neofolk. I’ve always just sort of looked at it like I’m taking traditional instruments and playing them in nontraditional ways. After all, why pick up a banjo and just try to play note for note like Earl Scruggs? If folks wanted that, they could just put on a Flatt and Scruggs record.

So I’ve always wanted to push the boundaries to see what kinds of sounds I can get with folk instruments used within a more varied soundscape. So in a way I started calling some of my stuff neofolk out of necessity because around here if you say you play folk music people usually assume it’s straight bluegrass. That being said, I definitely feel a kinship with some of the neofolk bands out of the Pacific Northwest. Those folks are more focused on the nature and that’s something I relate to on a deep level.

Why are you an antifascist musician? Why is it not enough to just be non-fascist?

More than a musician, I think first and foremost I’m an antifascist human being. We live in a time where a segment of our population would take away the rights of a lot of other people for merely existing. They’d also completely destroy the mountains and our entire ecosystem in the name of economic progress. To remain silent would be complicit in allowing that to happen. So I guess I never really started by thinking I’m going to use my music to push a political message. I’ve never sat down and tried to write a political song. But I’m not going to be quiet when I see injustice. I’m going to do my best to stand up for people because we’re all in this together. Whether it’s in the music work or my local community, if I see something I’m going to speak my mind about it.

That being said, I’m not always comfortable with some of the tactics that have been used in the past. Opening a can of mace into a crowd at a show causes a lot of collateral damage and doesn’t seem to be a productive way of changing minds. I’ve seen plenty of metal shows where people bring their kids or just people who happen to be there without knowing the context of the bands. I’d rather not see people trying to stop racists stoop to their level. It’s sort of like how America as a country tends to view war, that if you just bomb enough people we’ll win. But it turns out, that just creates more enemies. So I would rather see the focus on nonviolence. It’s like how every so often, the alt-right will show up in a city dressed up for a fight and antifa folks will show up and they’ll beat each other up. I’m sure in that moment, it feels great to beat the shit out of a racist. But at the same time, that guy is going to go home and tell everyone he knows “look what happened. I was attacked by antifa” and a bunch of other bullshit. And all that will do is reinforce in all those people’s minds that the left is violent. I 100% agree with the message, but I’d like to see more creative ways of curbing racism than standing on main street hitting each other with homemade weapons. No one ever got hit with a bat and went home and decided to stop being a racist. We have to be better than that.

Have you experienced any far-right influence in the music scene?

I have. I’ve definitely been at shows where nazis have showed up. I live in an extremely conservative part of the world where those elements exist in force. In certain situations you just have to be sure you’re doing everything you can to keep the folks around you safe. And online, it’s easy to see certain bands pander to the far right to get support from that portion of metal fans. It’s definitely a thing that exists, but I like to think the tide is turning on that kind of thing. I think people are much more cognizant of that than they were 10 years ago. Maybe I’m being too optimistic.

What’s coming up for you?

We just submitted our next record to the pressing plant so we’re shooting for a summer 2020 release. I’ve been working on that for the last couple years so I’m glad to finally see a point where it will come out.

What bands would you recommend for antifascist neofolk fans?

As far as folk, anything on Little Somebody Records. Arrowwood and Novemthree especially. Sangre de Muerdago is another good one. As far as metal, Evergreen Refuge, Deafest, Slaves B.C., Cloud’s Collide, Redbait, and Dawn Ray’d. That’s just touching the surface. There’s so much good music coming out these days. It’s hard to keep up.

We have added a number of Twilight Fauna tracks to the Antifascist Neofolk Playlist on Spotify, and check out some of their Bandcamp albums below.

One thought on “Appalachian Hill Stories: An Interview With Twilight Fauna”